As the Principal Broker and founding Partner of Oxford Rhine Real Estate, Todd Smith brings over 15 years of experience in real estate ranging from internet based mortgage lending, to foreclosure prevention and private client services lending for Chase Bank. Todd most recently served as the Director of Residential Brokerage for Underhill Associates managing a team of over 25 real estate agents successfully closing over $75 million in residential sales. Todd also specializes in SFR and multifamily investment based purchases and rehabs.  Todd holds a Broker License from the state of Kentucky, and is a member of the National Association of Realtors. 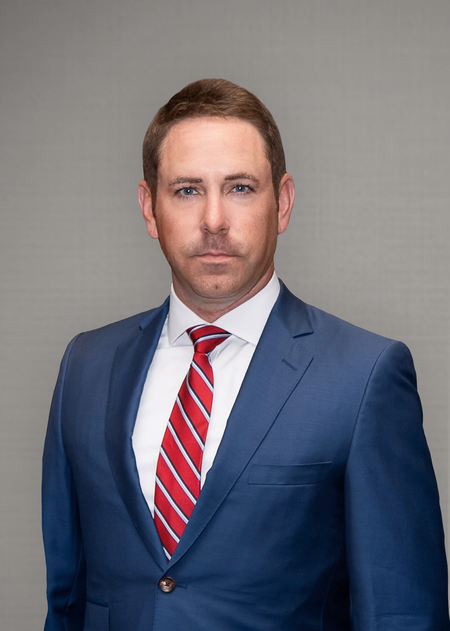 Founding Partner and Associate Broker Cole Schwein has extensive experience in all disciplines of commercial real estate, and along with Alex Brey, is responsible for the overall strategic direction of the company’s commercial brokerage division. Cole has successfully represented both local and national clients in the acquisition, sale, investment & leasing of a variety of commercial properties. He is also skilled in analyzing and interpreting the needs of clients developing creative solutions in order to get deals closed. Cole is a licensed Real Estate Broker in the state of Kentucky and a member of Young Real Estate Professional Louisville, Greater Louisville Association of Realtors and Kentucky Real Estate Exchangors.  Cole graduated from the University of Kentucky and resides in Louisville with his wife and two sons. 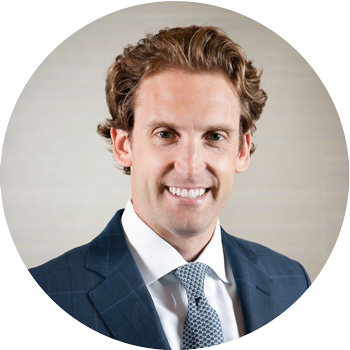 Alex Brey is a Founding Partner and Associate Broker for Oxford Rhine Real Estate. He and Cole Schwein work closely together on all major commercial portfolio and investment strategies. With an initial career specializing in asset management, his real estate endeavors quickly evolved and now encompasses a wide variety of commercial real estate and investment portfolio management. Alex leads all financial modeling as well as Oxford Rhine’s client and company specific acquisitions, dispositions and capital services.  He previously served as the Director of Operations for Underhill Associates overseeing the firm’s operations and management across their entire multi-family and commercial portfolio.  He is a licensed Real Estate Broker in the state of Kentucky and achieved a Certified Property Manager® (CAM) designation from the National Apartment Association.  Alex graduated from the University of Georgia Terry College of Business earning a BBA in Management and Dean’s List honors.  He currently also serves on the Kentucky REALTORS® Professional Standards Committee, Greater Louisville Association of REALTORS® Young Professionals Network Committee &  is an Ambassador for The Family & Children’s Place.  Alex  resides in Louisville with his wife and two daughters. 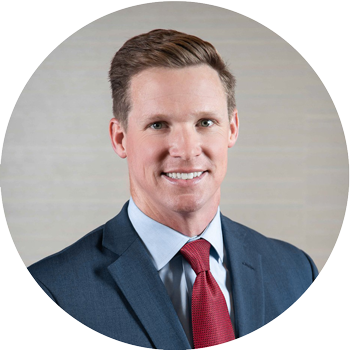 Ginnie is a Louisville native with over 10 years experience in Real Estate.  She received her BA in Economics from Rhodes College in Memphis, TN.  Soon after, Ginnie moved to Washington, DC and worked for Jones Lang LaSalle in their brokerage and marketing departments.  In 2009 she relocated back home to Louisville and was hired by Almost Family to oversee leasing for their many offices in the south. Ginnie maintained her real estate license over the years and joined Oxford Rhine full time in the spring of 2019. She has a wide range of experience in residential sales, remodeling, and investment purchases. 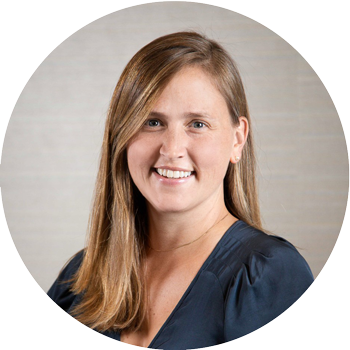 A Louisville native and graduate from the College of Design at the University of Kentucky, Jessica takes great pride in sharing her vast knowledge of the area with her clients. Jessica focuses on single family residential listings and sales for Oxford Rhine, where she brings a unique advantage to our clients by pairing her real estate experience with 10+ years as an interior designer. For Jessica, real estate is a passion; she loves architecture, design and finds nothing more gratifying than helping her clients navigate the home buying process.  Acutely sensitive to the needs of others, she has a remarkable ability to discern her client’s true needs. She has built a strong portfolio of home sales, working with buyers and sellers throughout the Derby City.  Jessica resides in “Lou-uh-vull” with her husband (Cole Schwein) and their two sons Mac and Axel. 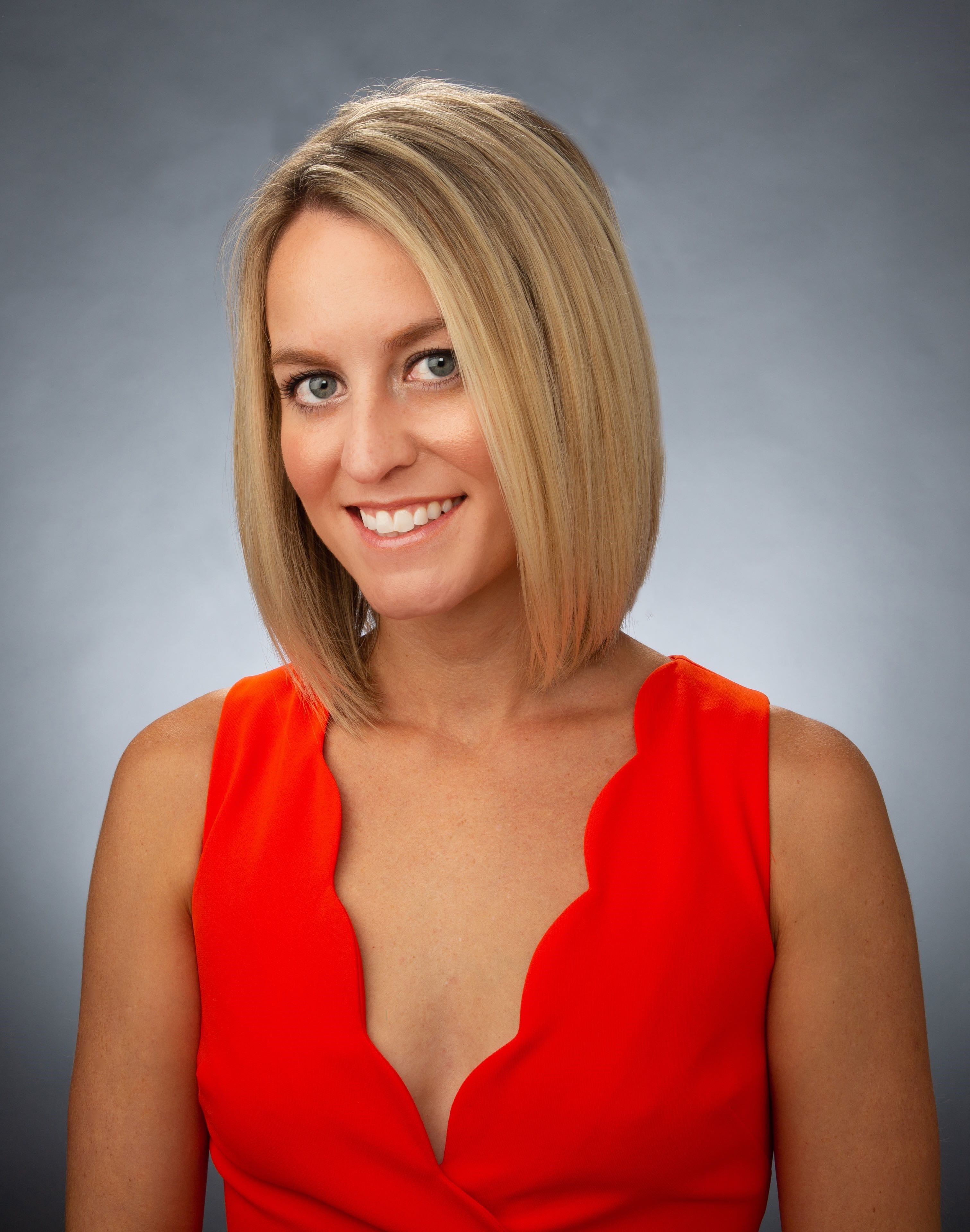 Since obtaining her real estate license in 2016, Veronica quickly made a name for herself in the residential real estate arena. She brings an unparalleled work ethic and tenacity to each of her deals. Veronica is a top agent in the Shelby County area, and has successfully closed deals throughout the surrounding market as well. With eight years of experience in banking, and a combined fifteen years in customer service, Veronica provides her clients with an unmatched level of attention and professional support. A native of Mexico and raised in Los Angeles, Veronica has resided in Kentucky since 1998. Being both fluent in English and Spanish provide Veronica the ability to service a very diverse customer base. Veronica loves the opportunity help new clients through the home buying and selling process, and maintains a number of investor-based clients. She currently resides in Shelbyville, KY with her husband and two sons. 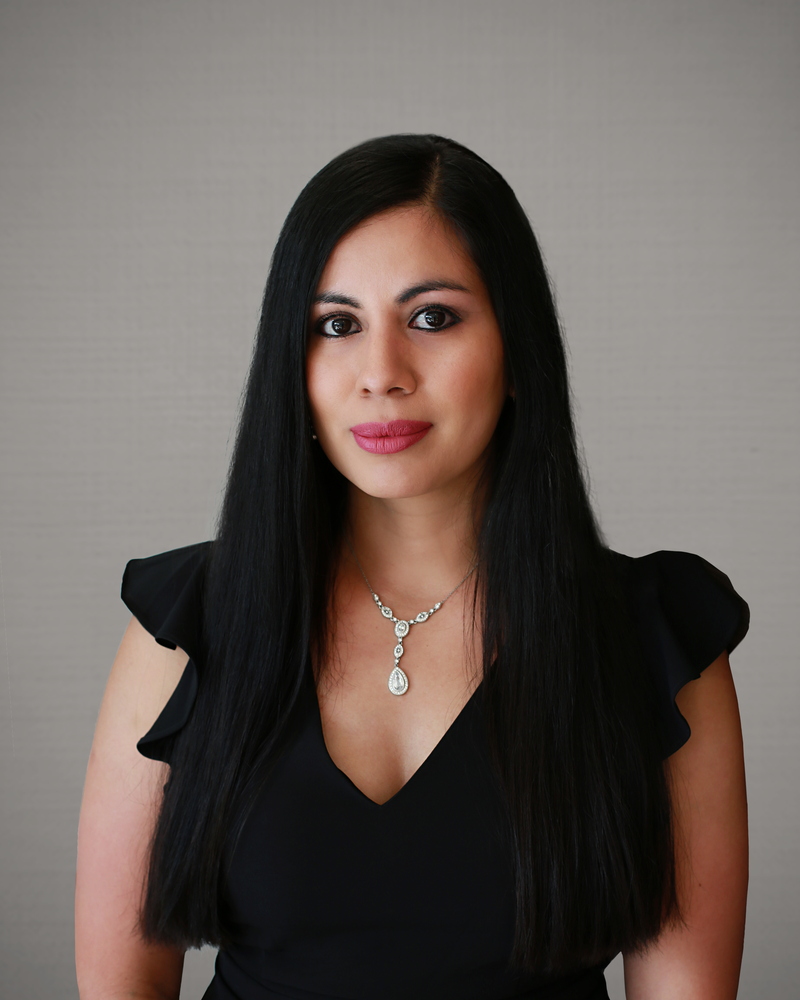 Brooks joined Oxford Rhine in 2019 as an executive advisor to the firm’s commercial sales business.  He began his career in commercial real estate in 2006 as an analyst for National City Bank subsidiary Capstone Realty Advisors where he underwrote and procured permanent placement financing for institutional retail, industrial, office and multifamily assets for nearly 4 years, helping to place over $100,500,000 in loan dollars for clients across the region.  In 2009, Brooks joined CBRE as a licensed real estate broker focused on the disposition and acquisition of income producing assets across the region.  During his tenure at CBRE, he sold over $130,000,000 in assets.  Brooks then joined Louisville, KY based Hogan Real Estate in 2015 to spur the growth of the firm’s investment sales platform.

In addition to capital markets transactions, Brooks represents third party landlords, local buyers and tenants in their commercial real estate needs across the Louisville area and Kentucky at large.  Brooks earned a Finance degree from the University of Kentucky in 2004. He and his wife Sasha have two children and reside in Louisville. 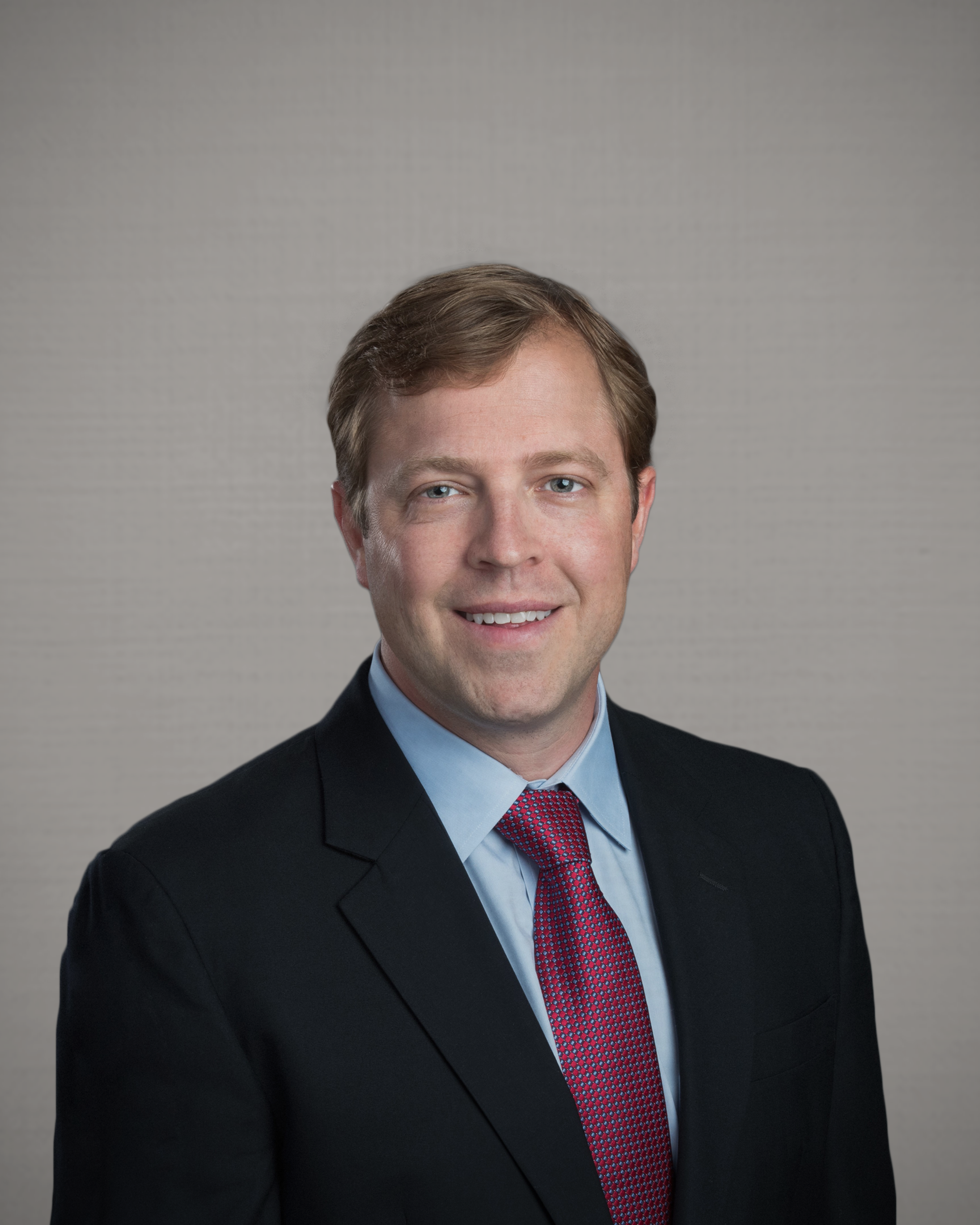 As Director of Residential Sales at Oxford Rhine Real Estate, Matt works with Todd Smith in overseeing the marketing, agent development, and operations of the residential sales division. Matt also serves as a sales executive, coming to Oxford Rhine after building his real estate career as a successful agent at Kentucky Select Properties. Clients regularly refer Matt to friends and family because he is a proven, local market expert who offers exceptional service. So whether it’s seeking a place to call home, selling a property, or discovering a quality investment opportunity, Matt is uniquely qualified to get the job done. Matt is a licensed Realtor with both the Greater Louisville and National Associations of Realtors, and has a B.A. degree from Sewanee: The University of the South. He and his wife Elizabeth reside in Louisville with their two dog children Beasley and Bodhi. 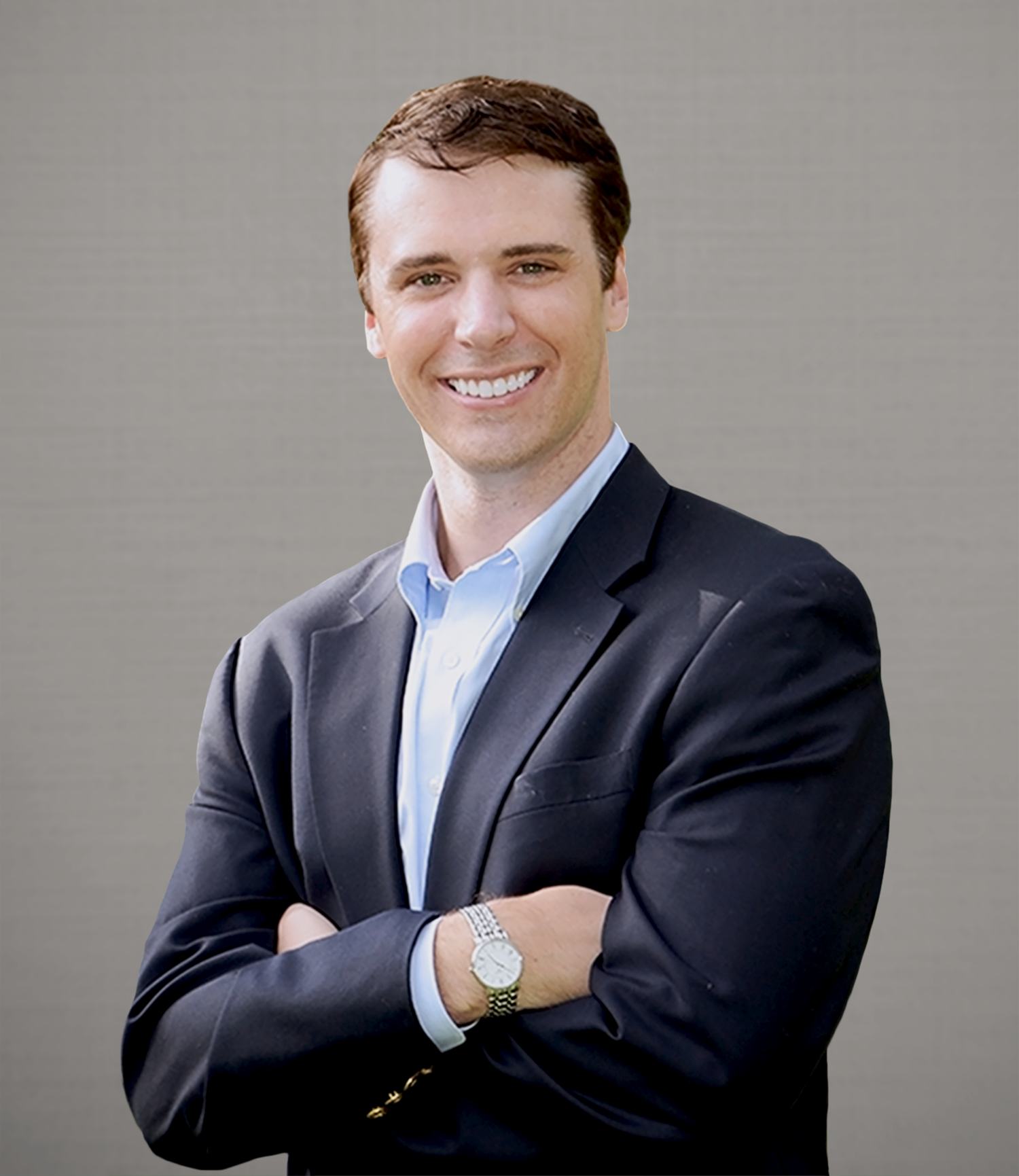 Ali is the Realtor that every buyer and seller wants to have. Her determination to uphold a tradition of trust, integrity, and expertise has earned her a long list of satisfied clients who recommend her at every opportunity. Ali is naturally easygoing and skilled at putting people at ease. She’s detail oriented, self-driven and attentive to clients’ needs and wishes. It earned her a spot in North Florida’s Top 40 under 40 in Realtor Builder magazine after just working 1 year in real estate. Her specialty is in new home construction and knowing all the in’s and out’s of that entire process.  She graduated with honors from the Coggin School of Business at University of North Florida, majoring in business administration with an emphasis in Entrepreneurship.  Ali is licensed in both Florida and Kentucky and focused on single family residential listings for Oxford Rhine where she brings an advantage to her clients by pairing her real estate experience and extensive knowledge of the home building process.  She currently lives in Germantown with her beloved dog George & loves traveling, diving, and writing food reviews. 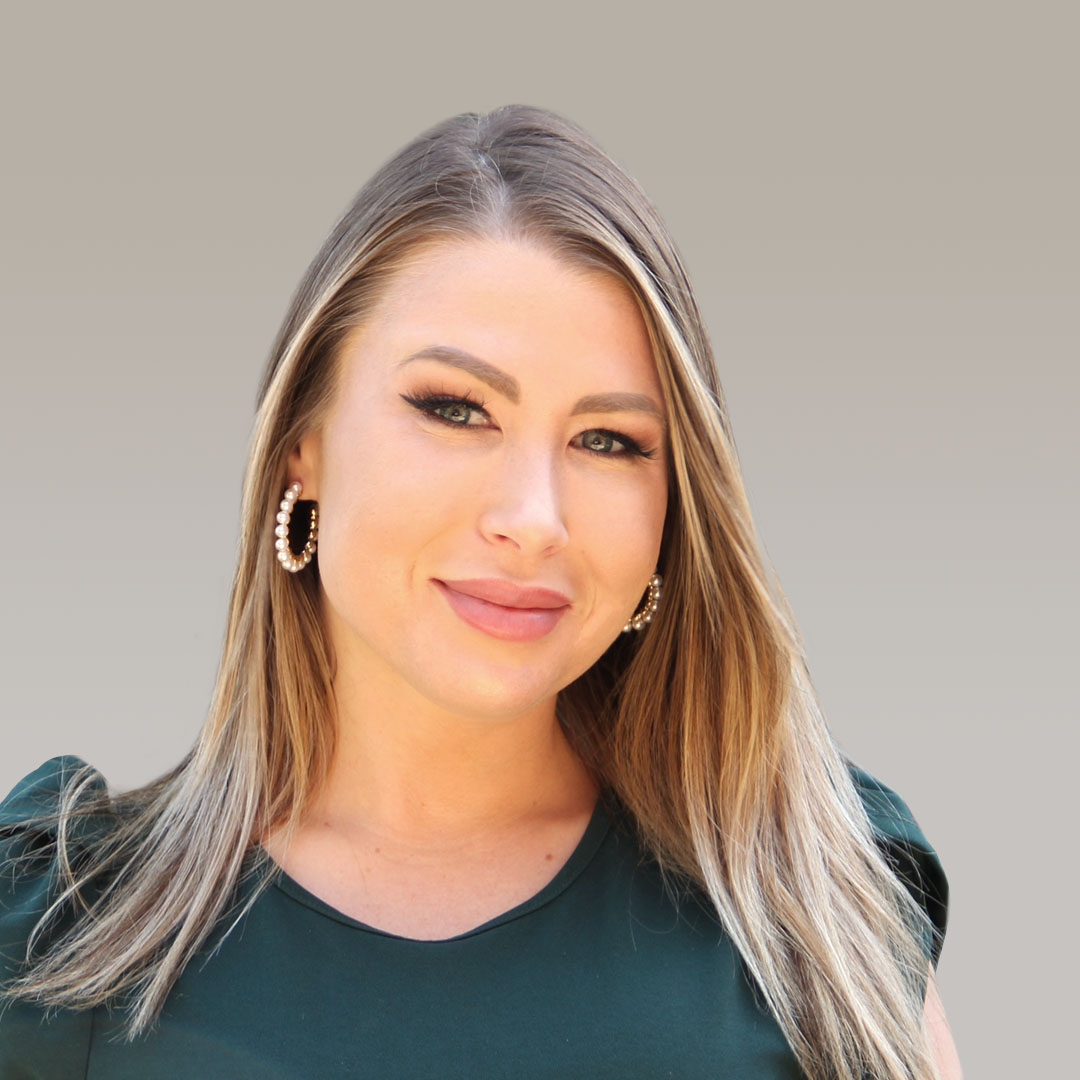 Joe is a Louisville native with over 5 years of experience in Real Estate. He studied Business at the University of Louisville and is an alumni board member at St. Xavier High School (Louisville, KY).  Joe’s extensive experience in Real Estate ranges from investment purchases, remodeling and residential sales.  Joe takes pride in helping his clients achieve their goals in all Real Estate endeavors while focusing on exceptional service.  He and his wife Taylor reside in Louisville with their two sons and dog daughter Coco. 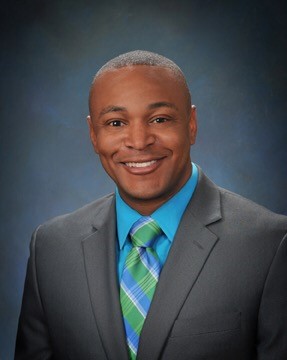